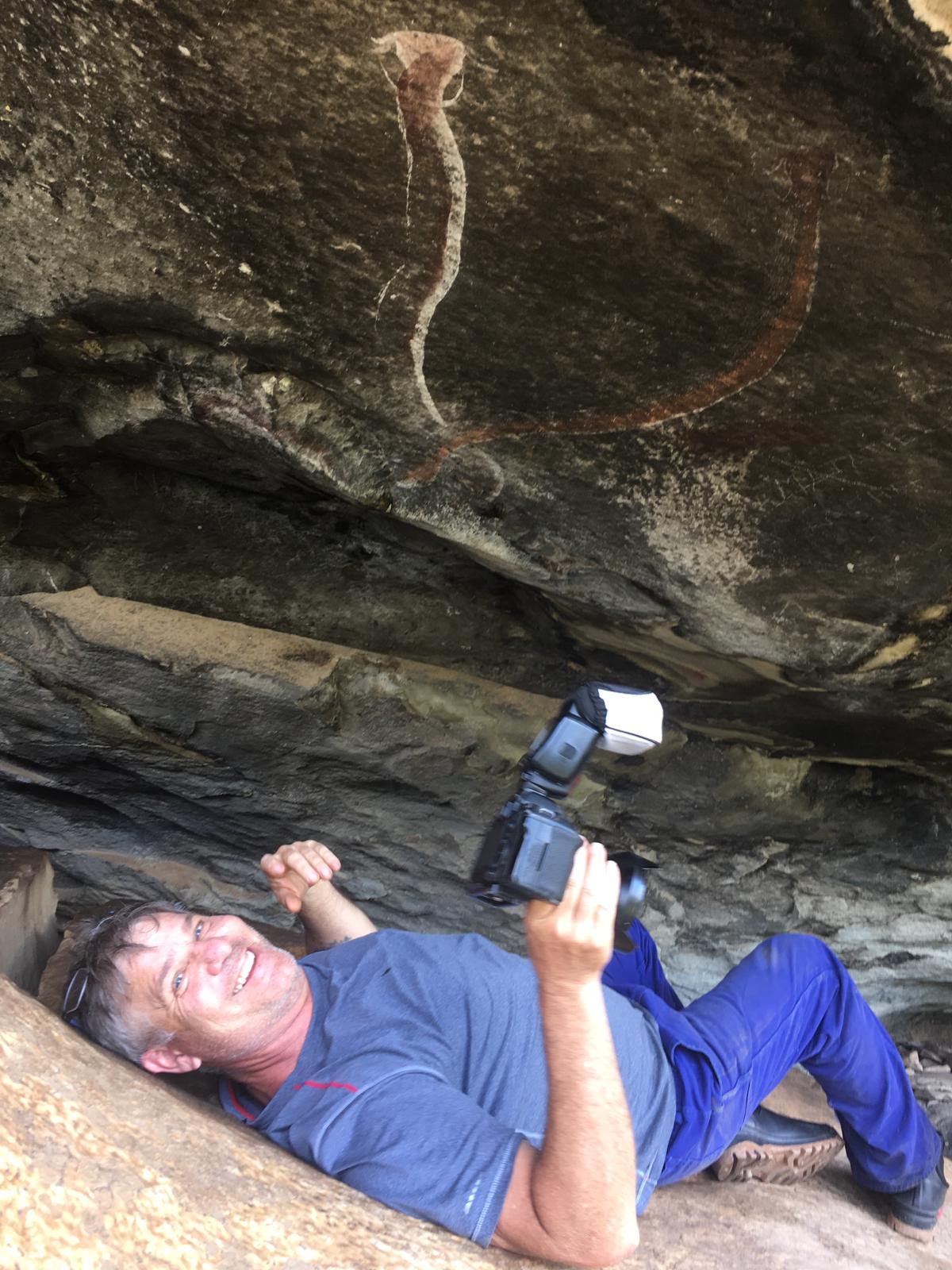 While much of the world goes round without ever thinking about rock art, I am enthralled by the parietal.

What started 30 years ago as a passion for rock art developed into professional engagement. Over the past 17 years I worked as a research officer at the University of the Witwatersrand in Johannesburg, South Africa, as a curator at the KwaZulu-Natal Museum in Pietermaritzburg, South Africa and most recently, as an independent specialist.

It is a special feeling to visit ancient rock art sites and spend time in the presence of the symbols of an ancient tradition. There are many different traditions of rock art– paintings and engravings – across the subcontinent. We’re spoilt for choice in southern Africa! I’d love to take you to some of the world’s best rock art.

In this time of Covid I’ll be presenting rock art courses online but when it’s safe to do so we can go out and see rock art first hand. Go to the Rock art with Jeremy page to see more about courses and rock art trips.

With over 18 years of working professionally with rock art, I am your “go-to” person for Rock Art Management Services, wherever in the world these might be required.

I give presentations on rock art topics to a variety of audiences, from syllabus-related presentations to school students, school outings to rock art sites, to special interest audiences, including seminars and lectures.

I love research and writing! It’s about exploring and communicating the way that people have created and shared their ideas and beliefs in the form of what we call rock art. The rock art itself is only the tangible remains of a bigger picture – and that’s what keeps me intrigued.

As part of a more general initiative to establish tourism in Tsomo I’ve been involved in recording rock art sites around several villages in the area. Most of the rock art was made by ‘Bushman’ hunter-gatherers but there is also finger-painted rock art which looks very different. I visited the sites and now I’m writing them up. This involves looking closely at the rock art itself, making enhancements etc., but also providing an environmental, archaeological, and historical context to the rock art.

In addition to the more technical side of things, I’m sketching a word picture about hunter-gatherer life, based on the cultures and beliefs of the 19th century |xam people of the Northern Cape and the Ju/hoasi who live in the Kalahari 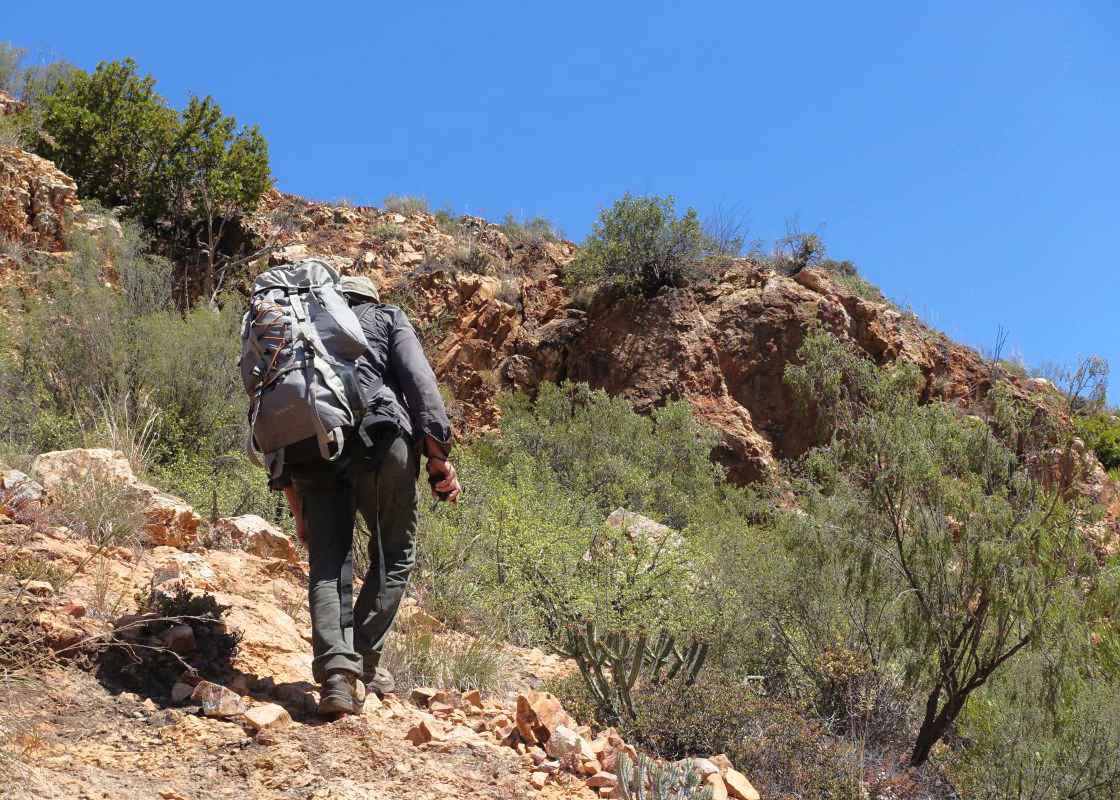 Recent (September to October 2021) fieldwork in the Cape Fold mountains in the Western and Eastern Cape, South Africa: lugging my bag of goodies (camera, lenses, tripod, snacks and water) up to a rock art site. GPS in hand. Photo: Kai Demske 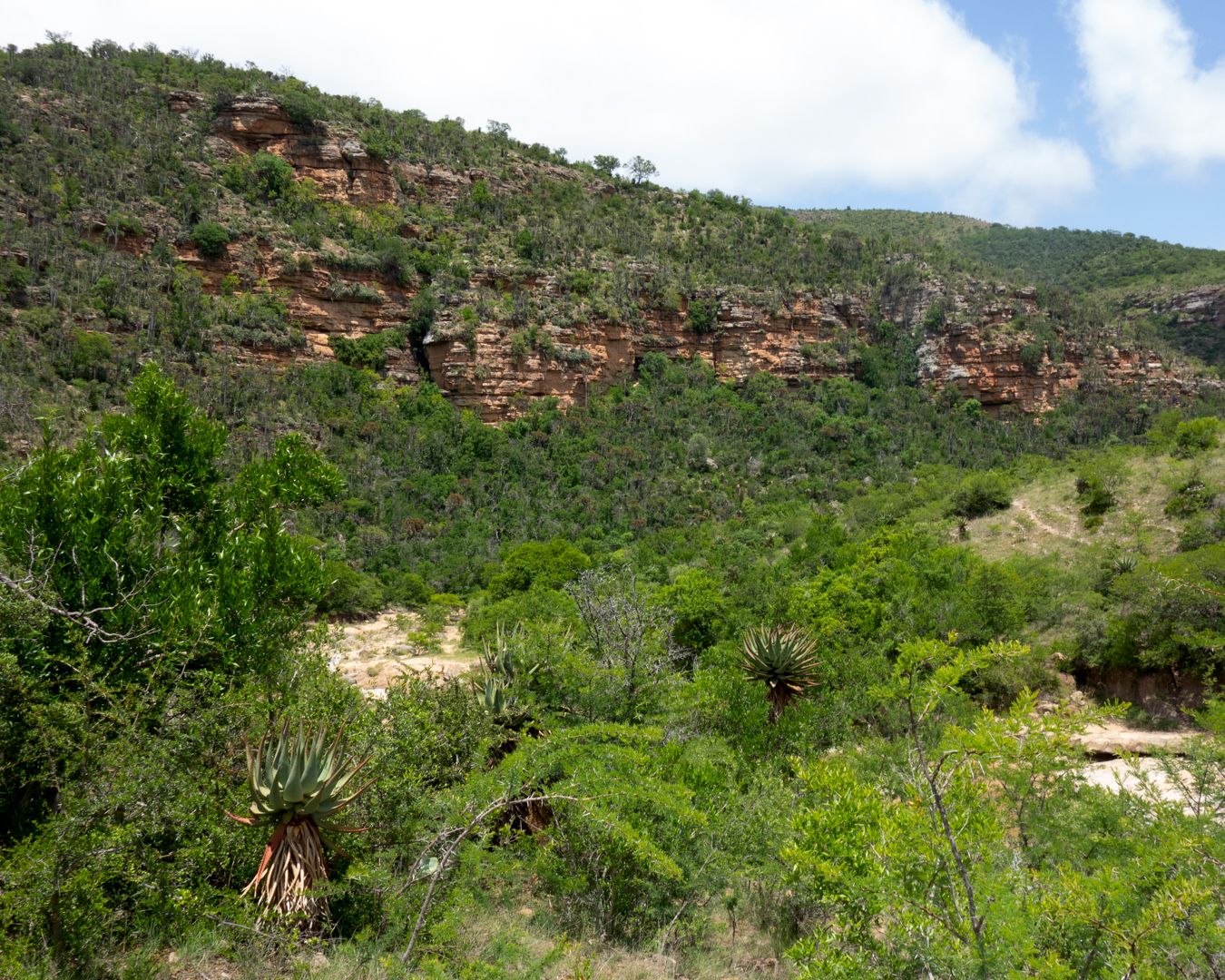 The rock art in the area is in overhangs at the base of sandstone cliffs. The slopes are densely vegetated 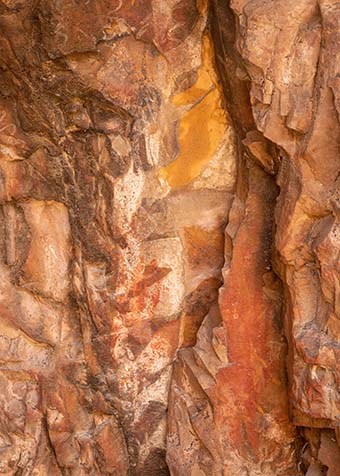 Eland images painted so that they appear to be coming out of the crack in the rock at right. You can see their white heads and necks. Their forequarters are yellow. Baviaanskloof, Eastern Cape 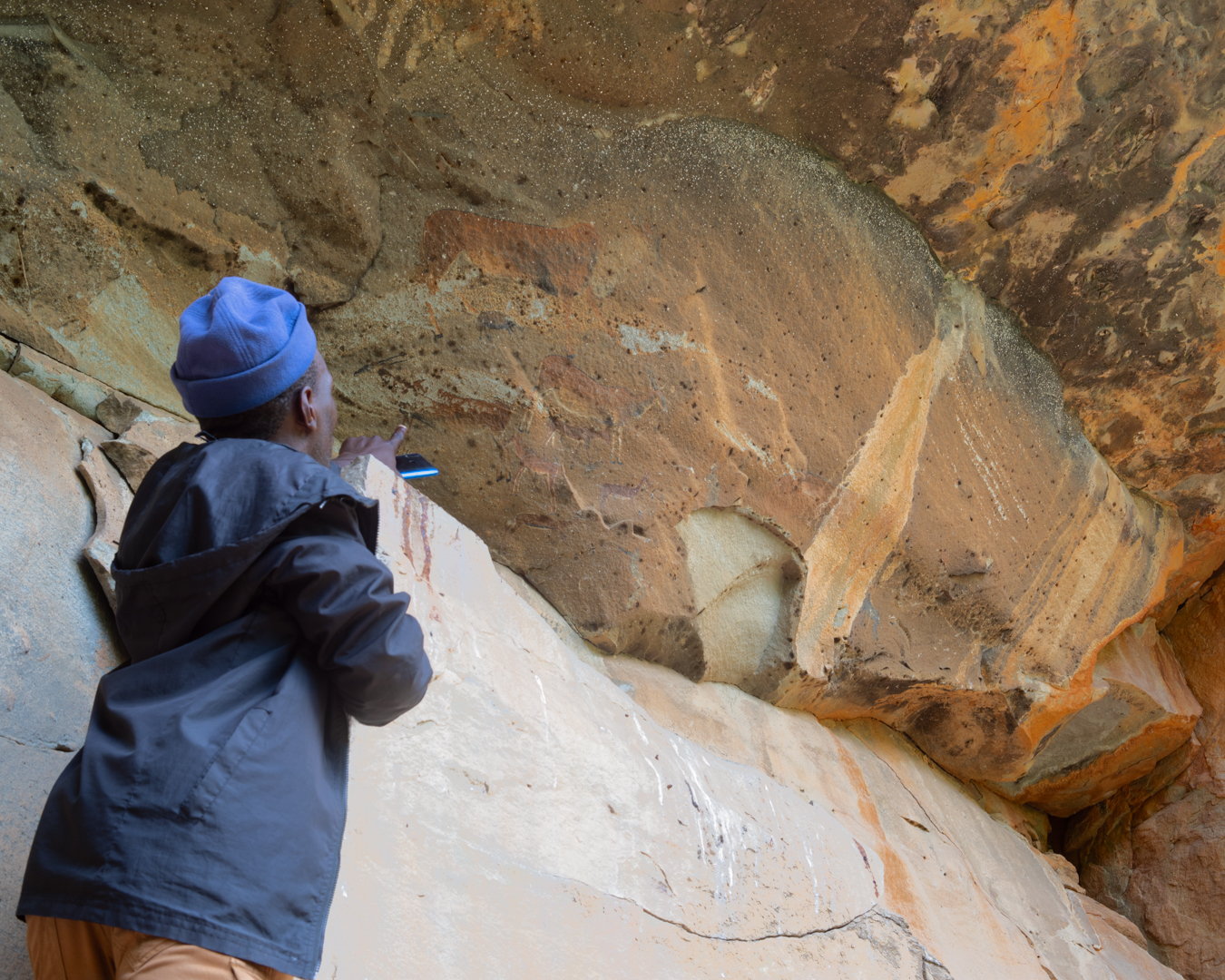 Rock paintings on a surface 2-3 m above ground 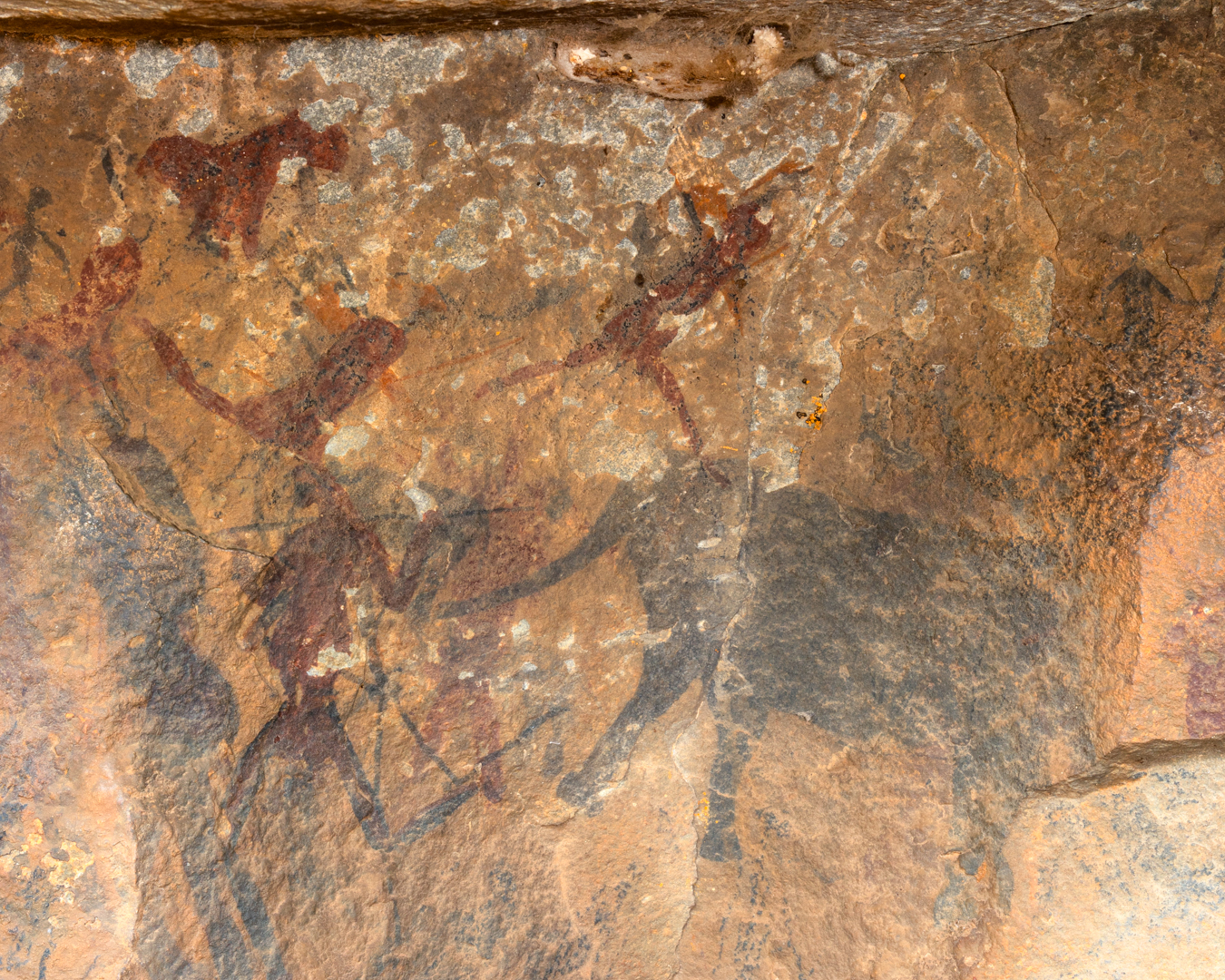 Rock paintings of several running figures and a black elephant 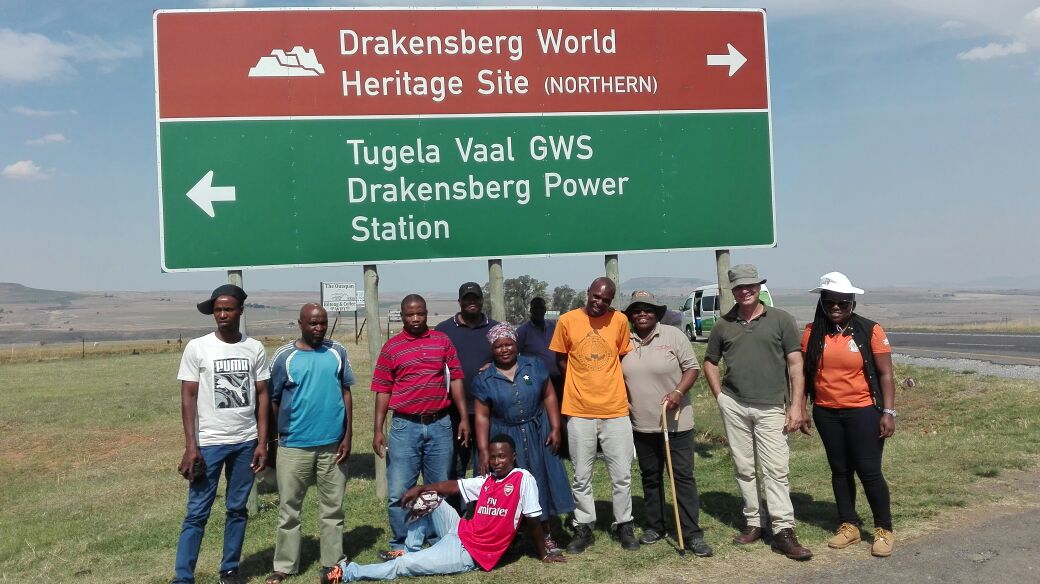 A chat in a colleague’s office at the Rock Art Research Institute in Johannesburg culminated in a visit in early November 2017 by representatives of the Makgabeng community in Limpopo Province to the mountain grasslands of the uKhahlamba-Drakensberg in KwaZulu-Natal.

The Makgabeng Plateau in Limpopo Province is home to three distinct rock art traditions – Hunter-gatherer (Bushman/San), Khoekhoen, and Farmer art. The people who live on the plateau are setting up a community tourism project that will enable visitors to see the rock art and to spend time in a beautiful savannah landscape.

Catherine Namono, whom I have known for several years, is part of this initiative and was looking for a similar type of project from which they could learn. I suggested the Mnweni Cultural Centre, which offers guided visits to rock art sites in the amaNgwane and amaZizi areas. I have been involved in the development of the guides, participated in graffiti removal projects, and have also been researching the art.

The Makgabeng community members were accompanied by officials from Limpopo’s Provincial and Local government, and an anthropologist from the Ditsong Museum. All the visitors were hosted by the Mnweni Cultural Centre. They had intensive discussions with tourism and development committee members from the amaNgwane and amaZizi. These conversations were instructive for all concerned and were interspersed with visits to a couple of rock art sites. 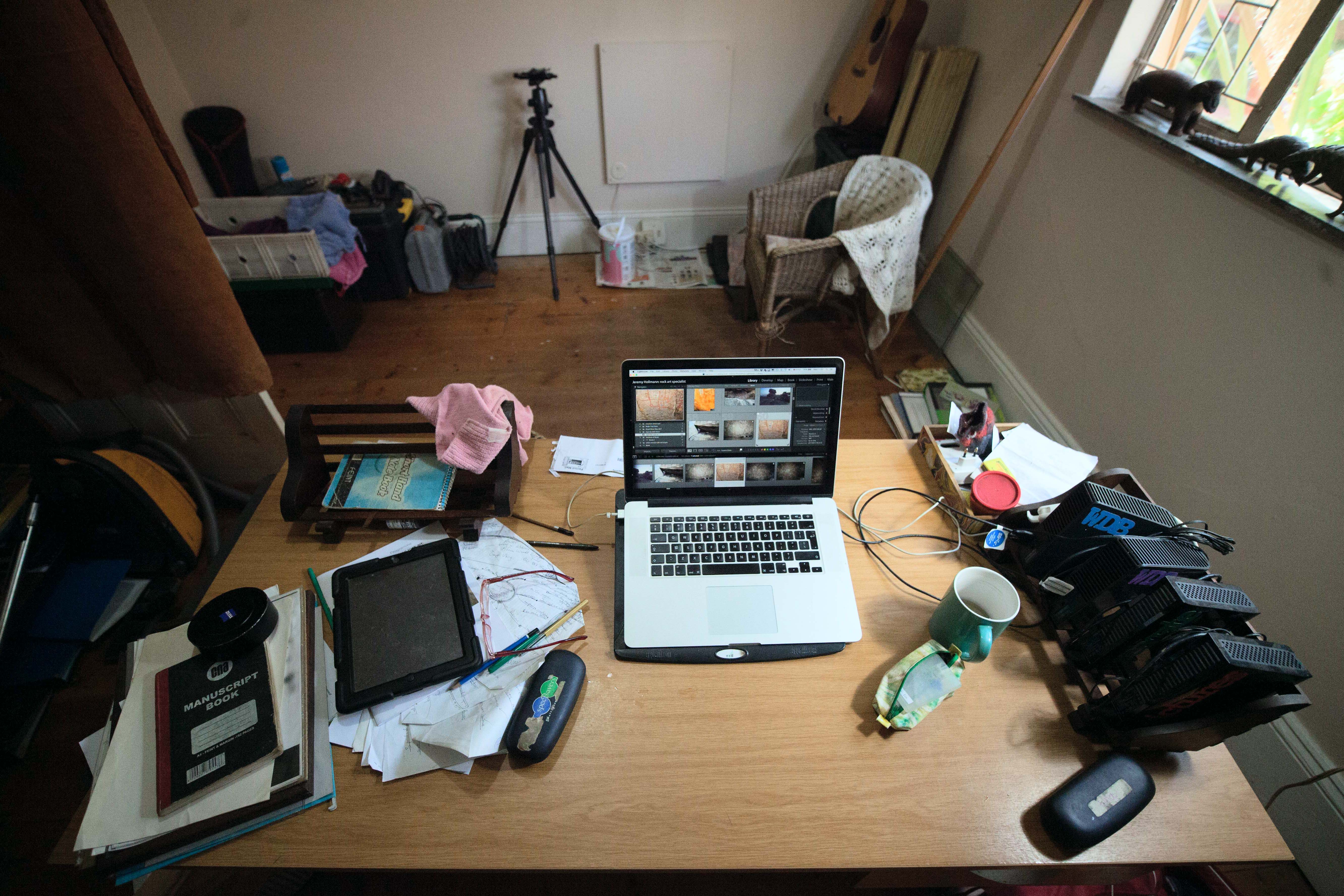 Deskbound! For every hour spent at a rock art site there is 6 to 8 hours’ work back in the office. Here I am completing a draft of a comparative analysis of rock art sites for Uganda’s application to have some of its rock art declared as World Heritage Sites

This was a very interesting and challenging assignment because it took me out of my southern African ‘comfort zone’.

The background to the assignment is this: Uganda is in the process of nominating several rock art sites for World Heritage status.

There are about  42 World Heritage rock art sites that have been inscribed for their Outstanding Universal Value (OUV).

OUV means “so exceptional as to transcend national boundaries and to be of common importance for present and future generations of all humanity” (as defined in the Operational guidelines for the implementation of the World Heritage Convention).

In April 2017 I visited the Ugandan rock art sites and then spent several months poring over the literature on African rock art as well as the other rock art sites that have already been nominated. I also consulted researchers and organisations (especially the Trust for African Rock Art, and the Bradshaw Foundation).

(Meaning ‘Welcome to Uganda’ in Swahili) 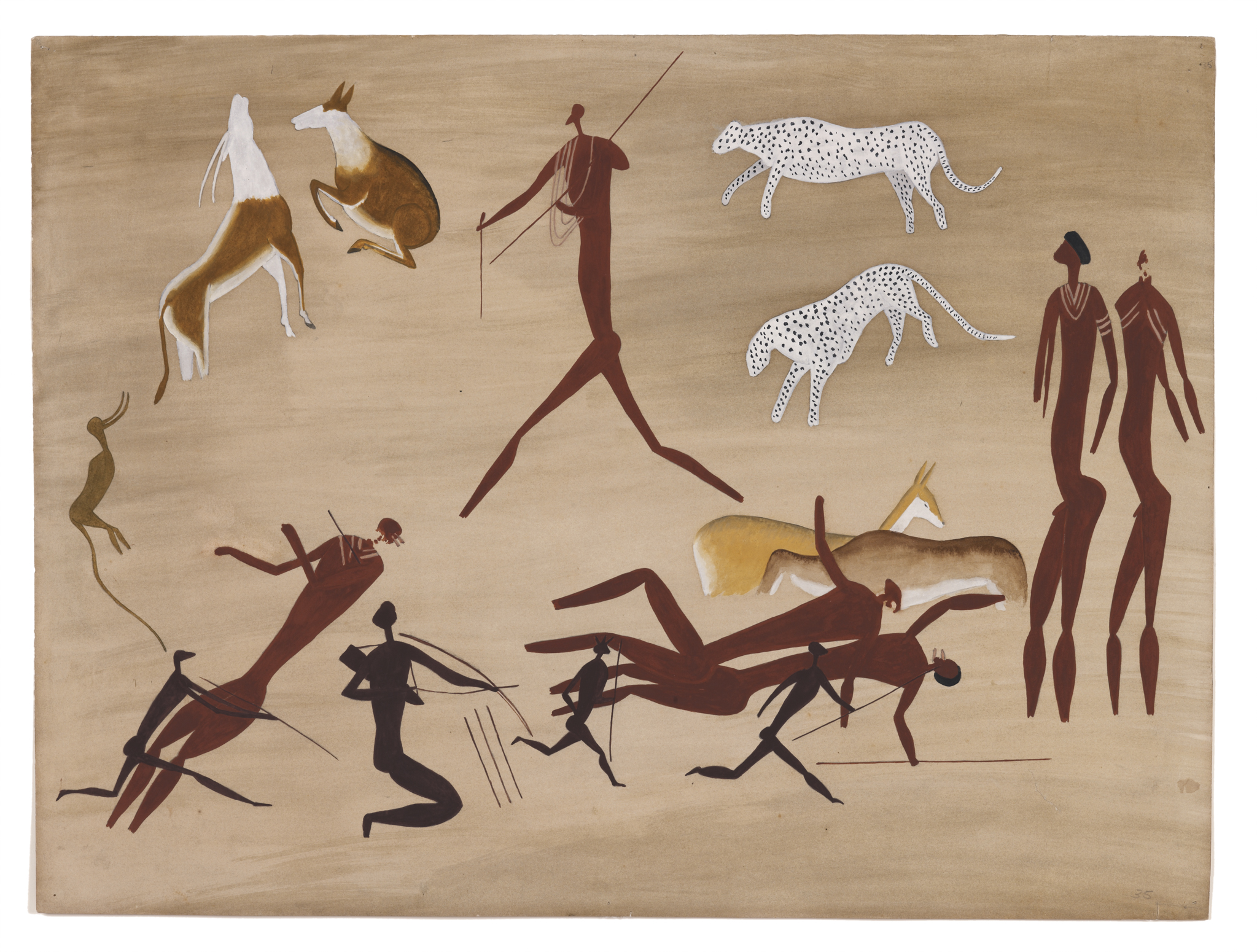 Stow copy of rock painting entitled “a curious scene of death in red-brown” (Centre for Curating the Archive, University of Cape Town)

New research: “From the lips of the Bushmen”

Here’s some new research…Comments by a /xam person on 19th century copies of rock paintings made by George Stow. My colleague, José de Prada-Samper came across two documents in the Bleek and Lloyd Collection. They had previously been overlooked. When he read them , he realised that they were paraphrased comments in English made by David Hoesar (aka Dia!kwain), a /xam man who had dedicated years of his life to explaining aspects of his culture to the scholars Wilhelm Bleek and Lucy Lloyd in the 1870s and 1880s. José and I put these comments together with the rock art copies. In the paper I discuss the significance of the comments in terms of our current, shamanic understanding of southern African rock art. 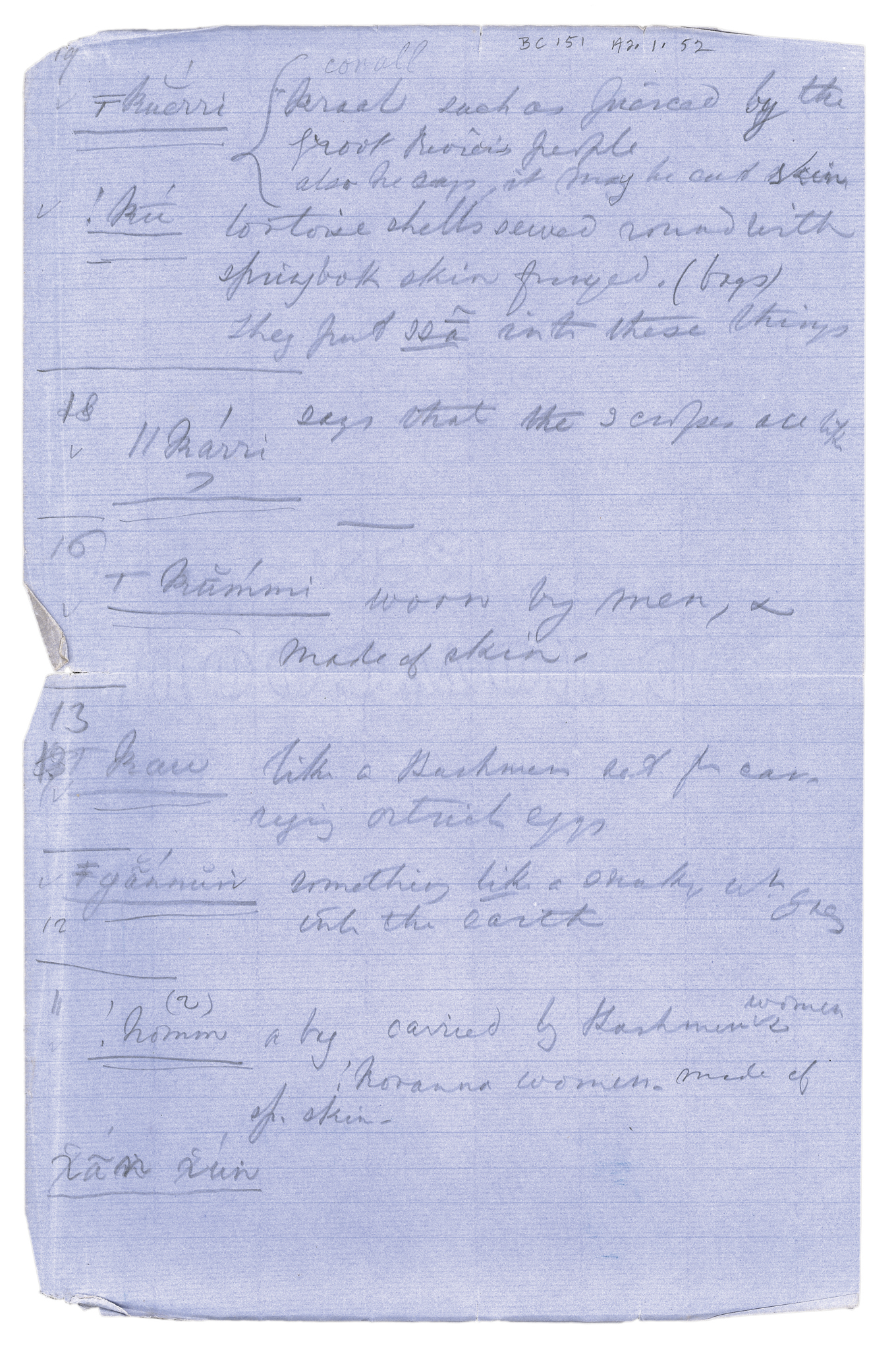 Paraphrase in English of comments made by David Hoesar (Dia!kwain) in the 1870s. Manuscript in Jagger Library, University of Cape Town

While much of the world goes round without thinking about it, for the past 30 years I have been enthralled by the parietal.