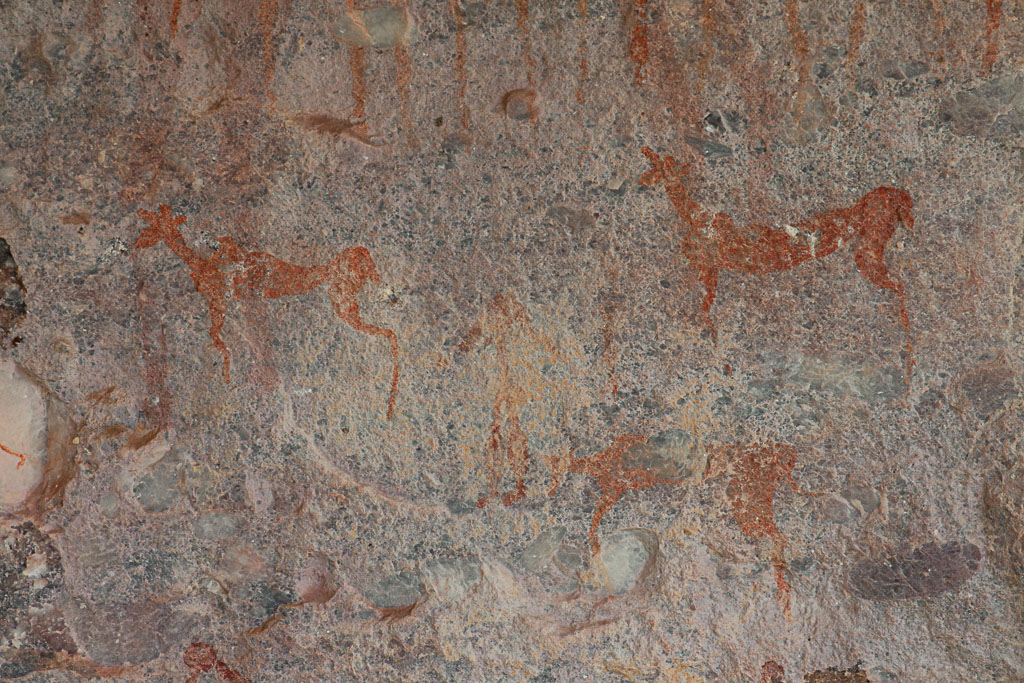 It’s not often that I get to work in the northern parts of South Africa so I was excited to get an assignment recently in Limpopo Province, which borders on Zimbabwe to the north.

My brief was to document and develop management plans for two rock art sites at the Lapalala Wilderness, about 3,5 to 4 hour’s drive north of Johannesburg. Lapalala is in the Waterberg, a mountainous massif that takes its name from the Northern Sotho name, Thaba Meetse, literally, ‘water mountain’. It is a dramatic landscape of cliffs, hills and gorges of red sandstone and conglomerate that have been carved out by rivers over hundreds of millions of years. The sandstone stores underground water and has attracted animals, human ancestors, as well as modern humans, for millions of years. 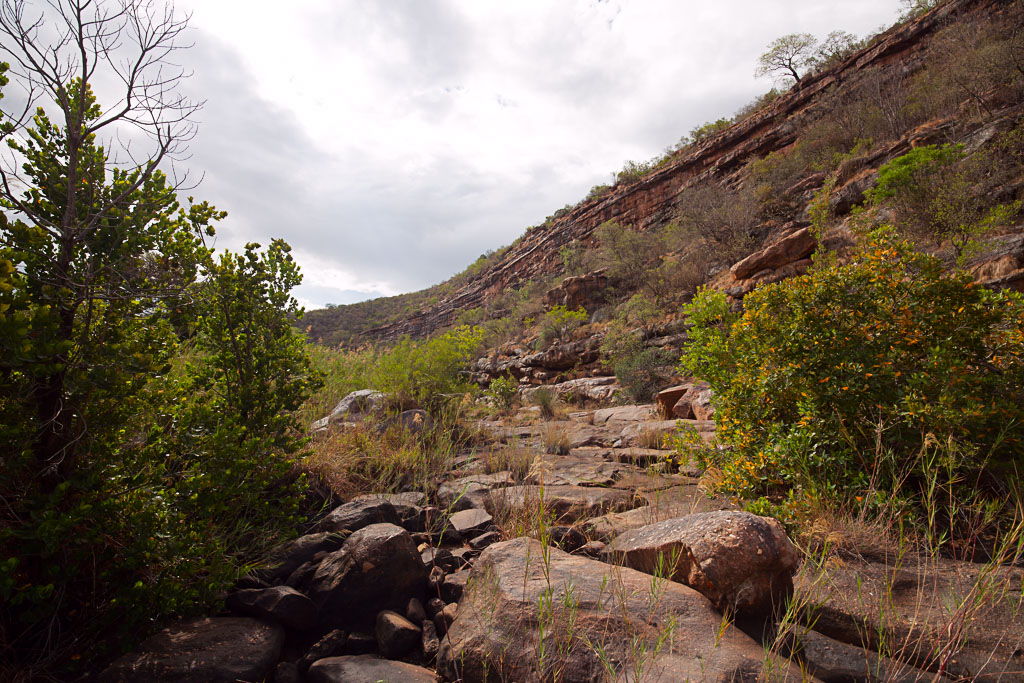 The Later Stone Age hunter-gatherers who made the rock paintings occupied this area for about 1000 years. These people were the ancestors of those we now call ‘San’ or ‘Bushmen’. Both of these terms have negative connotations and I only use them because there are no alternatives. Later, in the early 19th century Northern Ndebele people built extensive (10 ha) stone-walled settlements on Melora Hill and Melora Saddle, both of which fall within the boundaries of the Lapalala Wilderness. There is also rock art in the Waterberg, probably made by the Northern Ndebele farmer communities, although I did not see any on this occasion. These paintings look totally different to the hunter-gatherer paintings: they are drawn with the finger, using white clay. The images are usually of schematic animals and the art is believed to be part of initiation rituals. 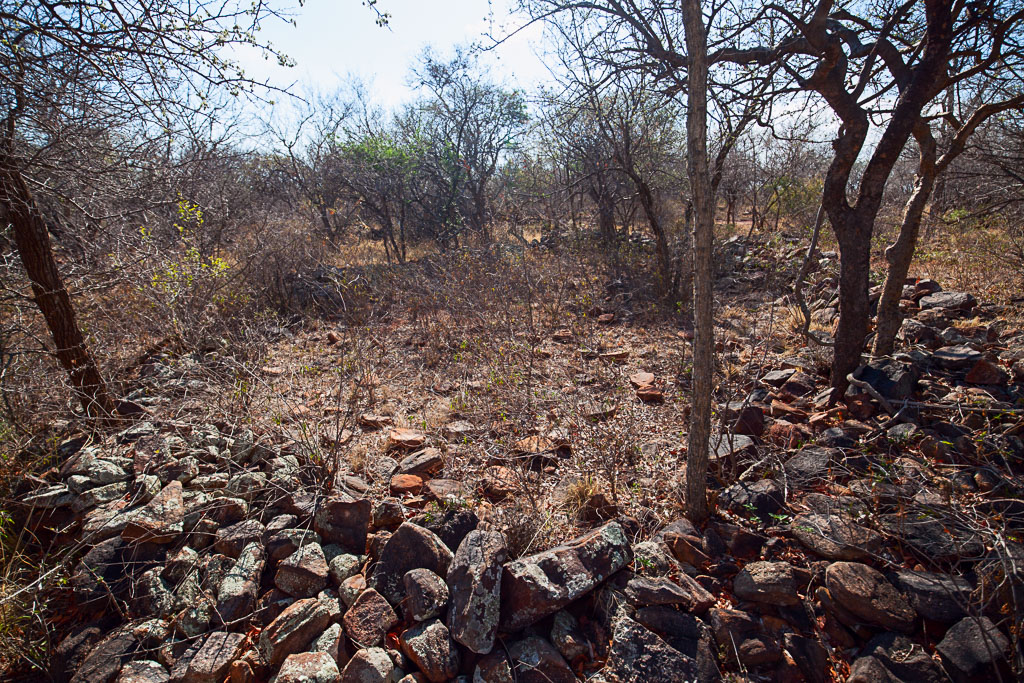 The Waterberg hunter-gatherer rock art features different animals to the rock paintings further south such as the Drakensberg. In the Waterberg and elsewhere in Limpopo, kudu (Tragelaphus strepsiceros) is the most commonly painted animal image, whereas in the Drakensberg it is the eland. 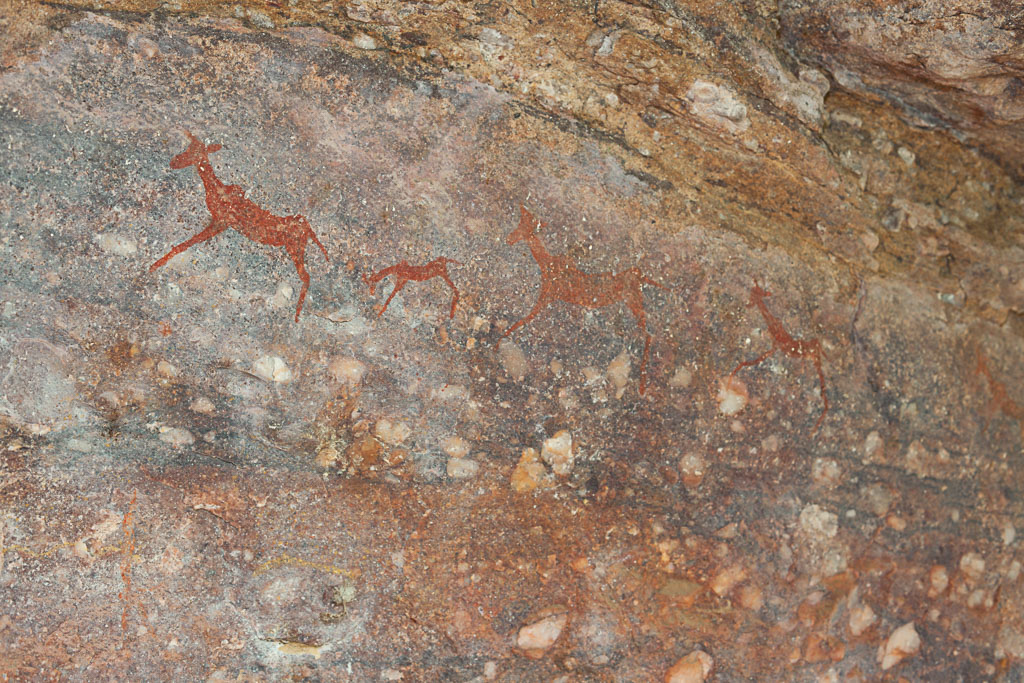 Interestingly, most of the hunter-gatherer paintings of kudu elsewhere in Limpopo Province are female. At Mdoni Shelter I recorded an interesting cluster of paintings of kudu and humans. There is a row of five kudu each with only one front and one back leg depicted, without horns, and moving in procession from right to left, with four of them in a group and a single kudu further to the right. Because the kudu are hornless they probably depict kudu cows. Each kudu image is slightly different in shape. At left are a large kudu (possibly a female) and a small kudu (calf?) following behind.

When it comes to understanding rock art, things are seldom what they seem at first glance. For a Westerner, a realistic-looking rock painting of an animal or a human figure is only that – a beautiful painting. For the hunter-gatherers however, those images could depict spirit animals and people in the spirit world. Take this sensitively painted image of a female kudu, its neck extended, the head slightly raised, and the tail lifted. This stance is typical of female kudu courtship behaviour and indicates that the kudu cow is ready to mate. But why did the painters make this image? 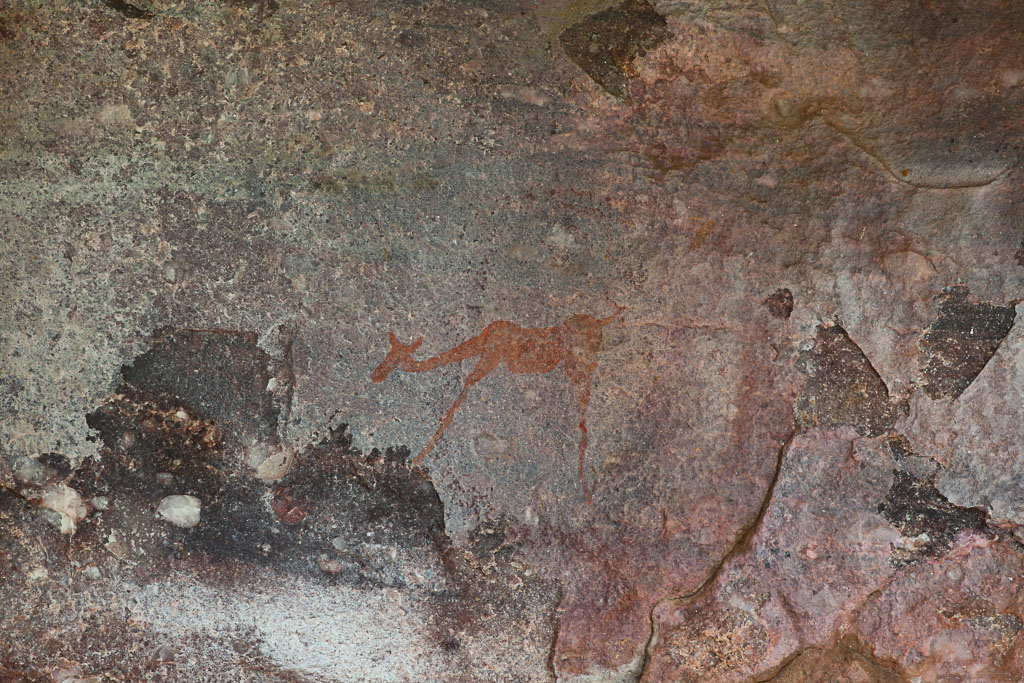 To investigate this question I turned to records of San/Bushman beliefs and to Ed Eastwood’s work on kudu paintings in Limpopo (Animals behaving like people: San rock paintings of kudu in the central Limpopo basin, southern Africa. South African Archaeological Bulletin 61(183): 26–39 [2006]).

In contemporary San/Bushman communities in the Kalahari it is said that ‘women like meat’ and that ‘women are like meat’ (see Megan Biesele’s 1993 book Women like meat). Men are praised when they bring meat to women, but men also  ‘hunt’ (i.e. marry and have sex with) women. In women’s initiation ceremonies of women the initiate is compared to a female antelope. A special dance is held at the conclusion of the initiation in which the women remove their aprons to show their buttocks and dance the Eland Dance. During this dance the girl is said to ‘become’ an eland (see Tricksters and trancers [1999] by Matthias Guenther). Elsewhere in southern Africa the dance is named after one of other large, ‘strong’ animals, like a gemsbok, or giraffe, or kudu. 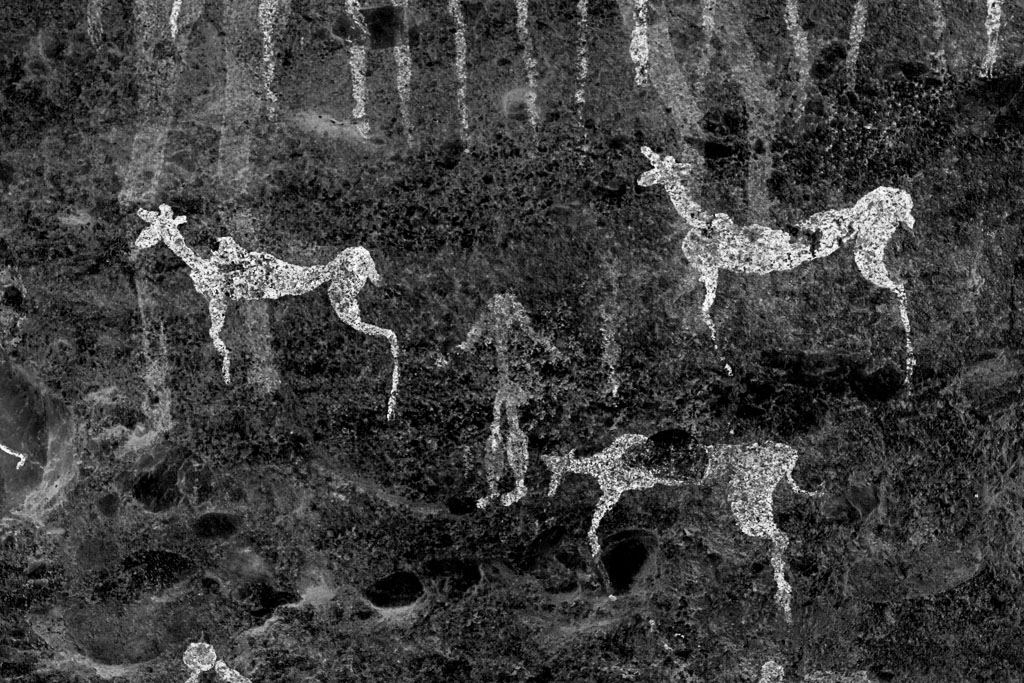 What has this got to do with the painting of the female kudu in a mating posture? Well, first we need to recognise that the female kudu image may in fact be a female initiate, not ‘just’ a painting of a kudu. Secondly, close to the kudu in the mating posture are three rather strange-looking kudu. They have long back legs and short front legs. One of them has its tail raised like the kudu in the mating posture. These images look like kudu but there is also something subtly human about them. Instead of standing on all their legs they are standing on their back leg(s) and the front ‘legs’ are like arms. So why were they painted in this way? The artists could certainly paint realistic-looking animals when they wanted to. But they chose instead to create images in which women and kudu cows are merged in a sublime moment in the life of hunter-gatherer women – the dance of initiation in which women become kudu cows.

These are the dancing kudu of the Waterberg!